Risks of Low Testosterone in Men

A new study has found that men with low testosterone are more likely to develop two or more chronic diseases, according to a study in Scientific Reports.

Men with low total testosterone may be more likely to have two or more chronic diseases, according to recent research in Scientific Reports.

The association was especially strong for younger and older men, the study found. 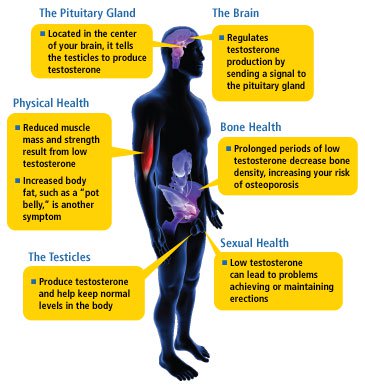 Scientists looked at data from 2,161 men age 20 and older who were participants in the National Health and Nutrition Examination Survey, an ongoing project that uses interviews and physicals to assess the health and nutrition of people living in the United States.

For the whole group, about 41% of the men had multimorbidities, with the most common combination being high blood pressure and arthritis. Comorbidity rates increased as men got older. Almost a third of the entire group had low testosterone, defined as levels below 300 ng/dL.

The authors stressed the importance of testosterone screening, especially in younger men who have chronic diseases.

They also explained some of the limitations of their research. For example, they were unable to determine whether low testosterone caused an increased risk for multimorbidities or, conversely, if having chronic diseases led to higher risk for low testosterone. Also, they did not know if other health factors, like diet and medications, influenced the results. More research in these areas are warranted, the authors said.

“Why all men ‘should be concerned about declining testosterone’”

Problems that contribute to Premature Ejaculation

You may be at a higher risk of premature ejaculation if you have experienced occasional or consistent problems in getting or maintaining an erection.

Fear or anxiety associated with “losing your erection” may cause you to hurry through sexual encounters.

If you have chronic or serious pre-existing medical conditions, this can be another leading cause of early ejaculation. Conditions such as high blood pressure or heart disease may make you feel nervous or anxious during sex and may unknowingly be causing you to rush to achieve climax as soon as possible.

Is Prexil a cure for premature ejaculation?

While Prexil has shown to be an excellent supplement to eliminate premature ejaculation – Prexil IS NOT a prescription drug. Pharmaceutical drugs are a very specific type of medicine which is used to diagnose, cure, treat, or prevent disease – and they can only be prescribed by a doctor.

Why do premature ejaculation supplements work? Well, the good ones work because they use carefully selected formulas comprised of potent herbs used for centuries due to their sexual enhancing qualities. 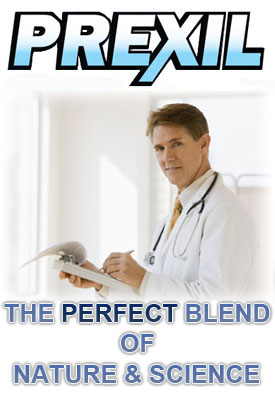 Many herbs such as L-Arginine, Damiana, and Ginseng – to name a few – have shown in many studies to increase sexual stamina, improve erectile blood flow, and improve several aspects of male sexual function. That’s why top selling premature ejaculation supplements contain these and many other herbs known to improve sexual function.

Premature ejaculation can get worse the longer it goes untreated, and usually, the longer you put off seeking treatment, the worse the PE will become.

It will also result in more unhappiness in your sex life, not to mention the damage that can occur to your relationship. 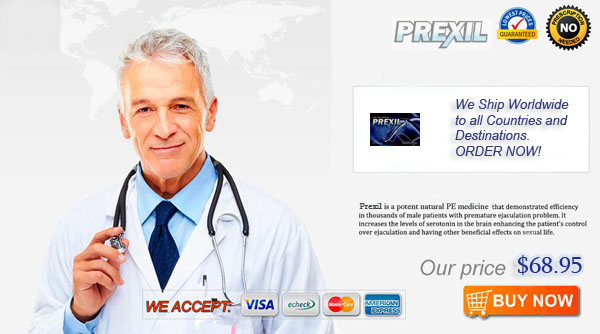 Herbal premature ejaculation supplements are completely natural – have few or no side effects, and are quite affordable compared to other methods. Unlike many male enhancement products, Prexil was specifically designed as a cure for premature ejaculation. Our medical team chose the most potent and effective herbal ingredients used for centuries in eastern medicine due to their prolific effect on restoring sexual potency and increasing sexual stamina.

It is recommended that men use Prexil for a 4 to 6 month program to achieve the most dramatic improvement in sexual stamina. At that point – early ejaculation should be effectively eliminated – at which point some men stop using Prexil altogether, while many men continue to use Prexil on a “maintenance dose” of 1 capsule every 2nd or 3rd day – to keep their sexual performance at the highest possible level! Wondering just how effective Prexil can be for you? Check out our Prexil customer testimonials and see the difference that Prexil has made in men’s lives!